Any income received for an employment carried out in Thailand or from a Thai employer is subject to personal income tax in Thailand (unless an applicable Double Taxation Agreement provides otherwise). This newsletter shall provide information on the tax-deductible allowances available to taxpayers for the year 2020 who are subject to personal income tax. The overview is limited to deductions and allowances related to income from employment. 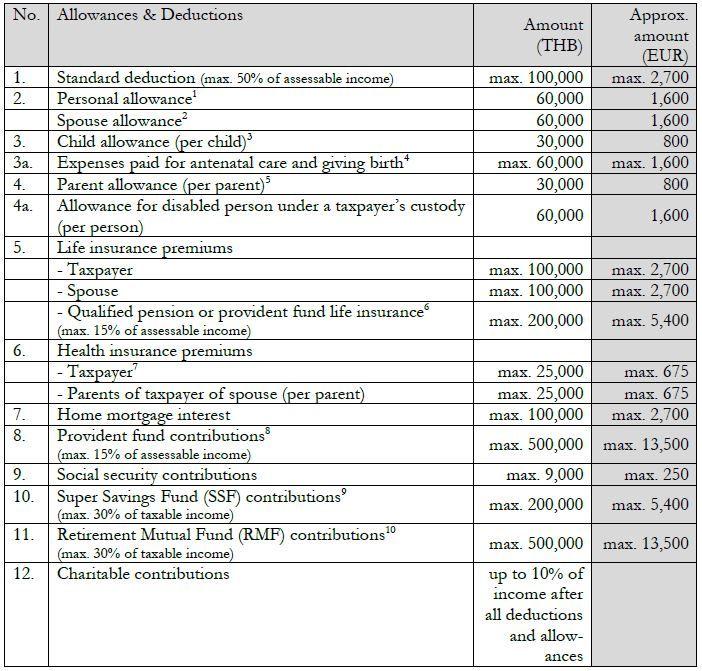 In addition to the abovementioned general allowances and deductions, employees who receive a travel allowance (so-called “per diem”) should note that such travel allowances will be taxable if they exceed certain amounts, but reimbursement of expenses against receipts remains tax free. 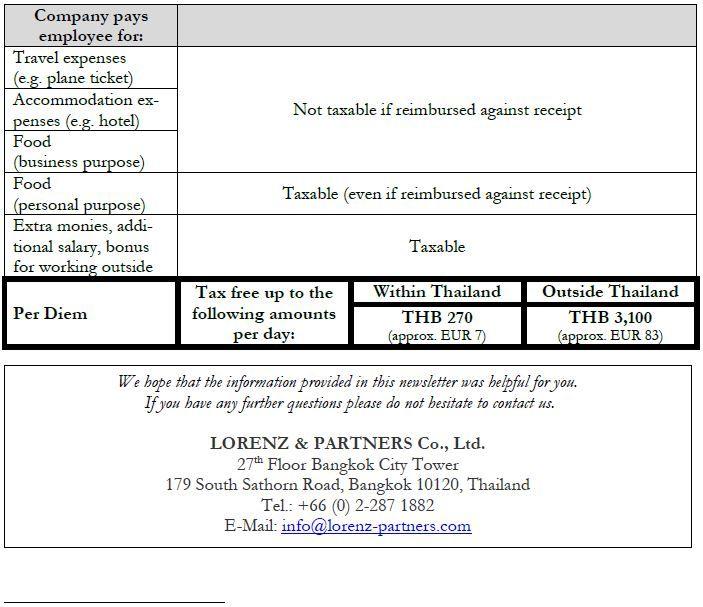 Clause 1. The Notification of Director-General of the Revenue Department on Income Tax (No. 39), Re: Requirement of a Person Whose Duty is to File a Return to Give Information under Section 17 (2) of the Revenue Code, dated April 14, B.E. 2534 (1991) shall be repealed.